Carlow Town Park was commissioned by Carlow Urban District Council and Carlow County Council. The Park was completed in June 2003.  The park reimagines the open space at the heart of the Town.  The Park is now some 20 years old and is in a mature stage.  It illustrates the benefit, and long term value of high quality construction with natural locally sourced materials.

The water level in the River Barrow fluctuates over the seasons and part of the brief was to design a series of positive interventions which would allow for the seasonal flooding of the area.

The river frontage area is an important space within the Town. The objective was to turn the axis of this part of the Town back towards a positive engagement with the River.  This frontage became a main focus of activity for the new park.

The northern riverside edge is configured with a large scale pavement area, through which a grid of Lime trees was established. The stonework on the existing watercourse was repointed and capped.

The river edge was carefully examined in terms of the various configurations which could be applied.  The edge condition is critical in defining a positive open space along the river bank, and also the transition from urban to peri-urban and rural.

Along the Graiguecullen (northern) side of the river Barrow, a high quality river edge with cut stone capping and steel handrail was constructed. Locally sourced limestone was used extensively in all of these structures.  To facilitate these activities and to promote user interaction with the water, a stepped edge was constructed using a reconstituted kerb. A simple open rail provides for safety to the elevated river edge areas.

The lower section of the site is liable to flooding in the wintertime as the level of water in the river swells and overflows.  As part of the flood relief scheme for the town, a flood wall was designed into the riverside area. The top level of this wall represents the 100 year flood level.  A particular difficulty with this area was the issue of inundation of the paving by flood waters in the winter period. This issue was overcome by the use of a lined pavement sub base, which was then overlain by lean mix concrete. The paviors which are tobermore tegula, were then laid with 10mm joints. These joints were partially filled with dry grit and hot bitumen tar was then poured into the joints. The overall effect was dramatic, and allows for power washing of the surface, as well as creating an excellent bond to the sub base. So, by accepting the inevitability of the flood waters, a suitable design detail was developed and implemented.

As an integral part of the planned park, a millennium bridge spans the river from the end of Cox’s Lane into the heart of the park.

The riverside area contained an historic dry dock area which was used for the maintenance of River and Canal barges. This area was renovated and cleaned down. It now remains for a new set of lock gates and drainage system to be installed by Waterways Ireland.

The dominant existing feature is the River Barrow and the design proposal addresses the river through built elements and by providing access to the water. The river frontage design work, and Millennium Bridge gives a contemporary, urban image to this space and connect it to the town centre. This new linkage provides a new dimension to the town of Carlow in the form of increased interaction with its riverside amenities and those of the new park.

The park will offer a contrasting range of experiences are offered to the user; from intimate spaces with fascinating and unusual planting to open riverside walks; contemporary urban space to parkland.

This park design addresses the history of Carlow through abstract symbolism in the shape of the motte form in the parkland area. The park also looks to the future: it will become a node within the town and a focus for Carlow town as it moves into the 21st century with a rapidly expanding population and bright economic future. 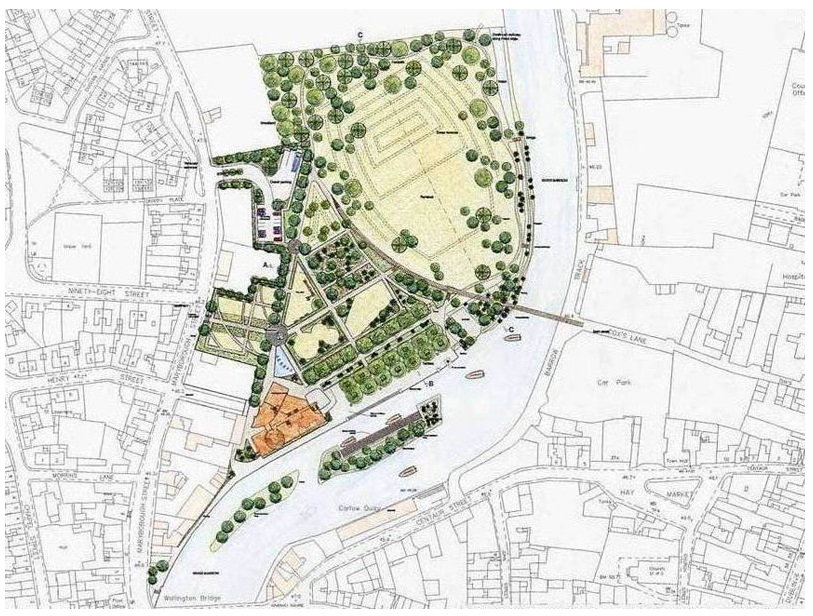 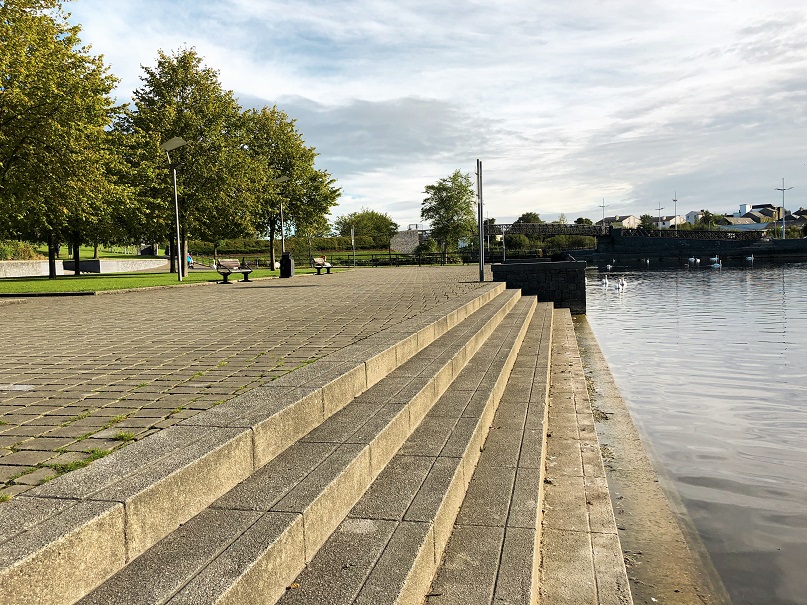 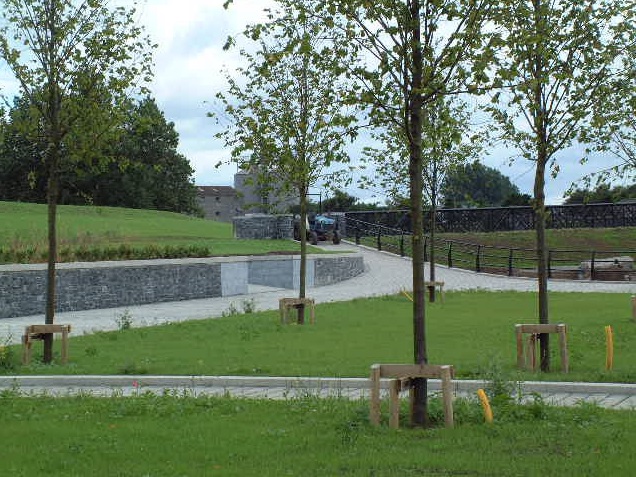 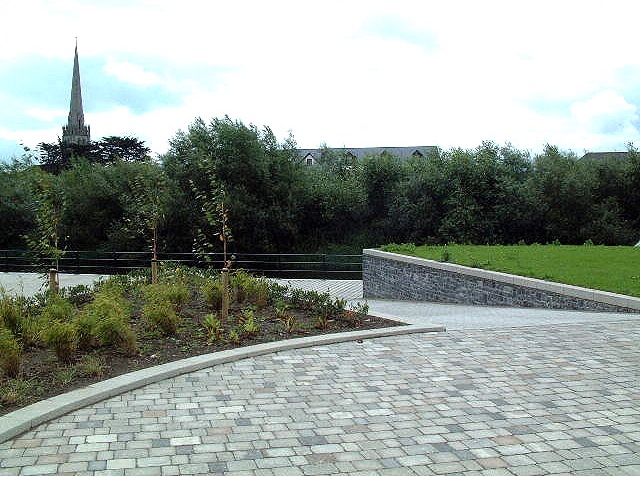 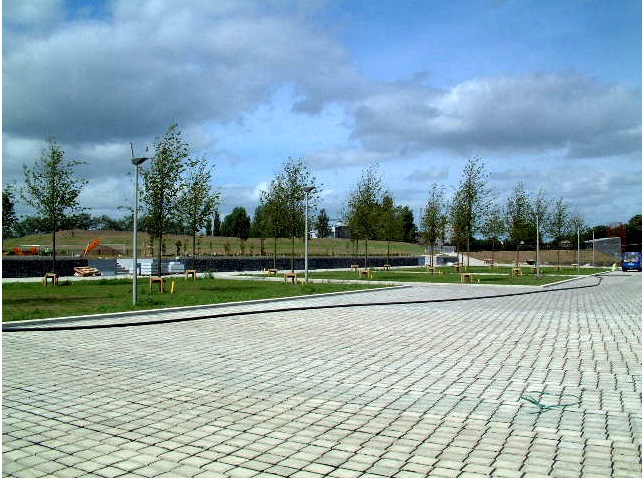 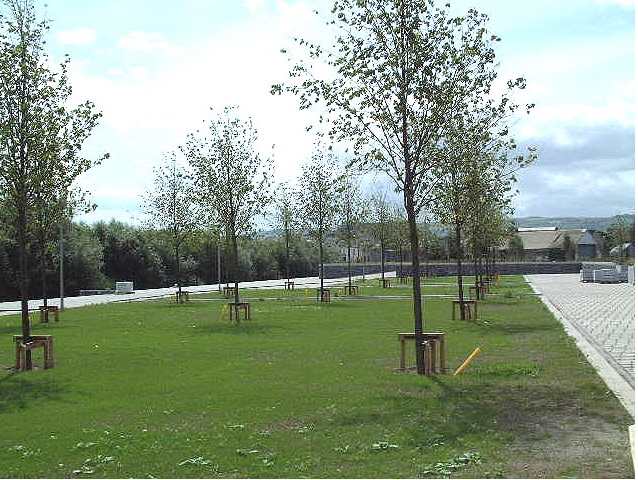 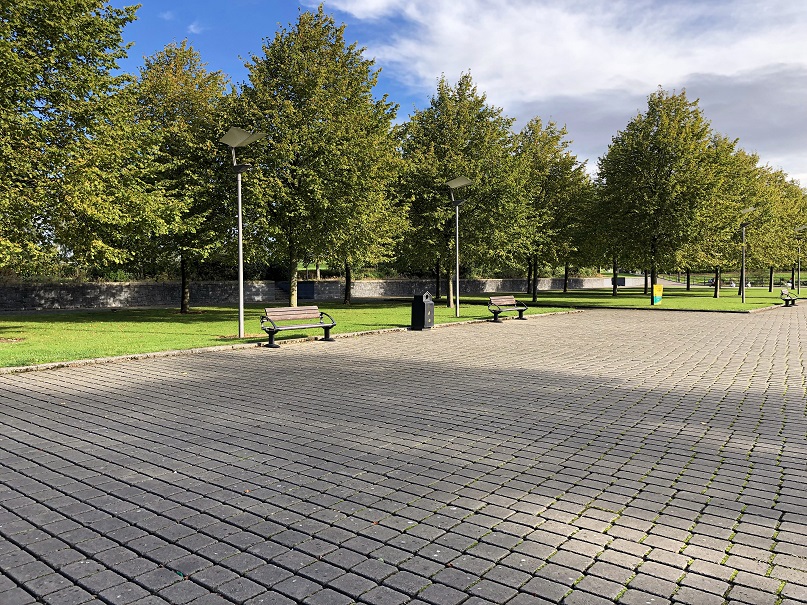 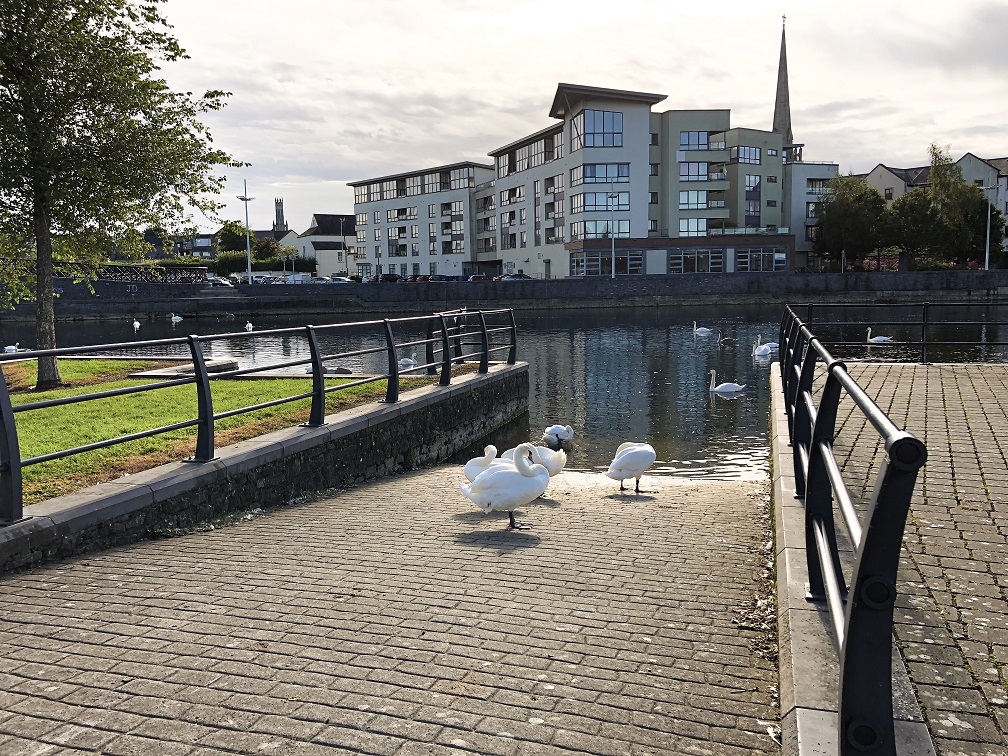 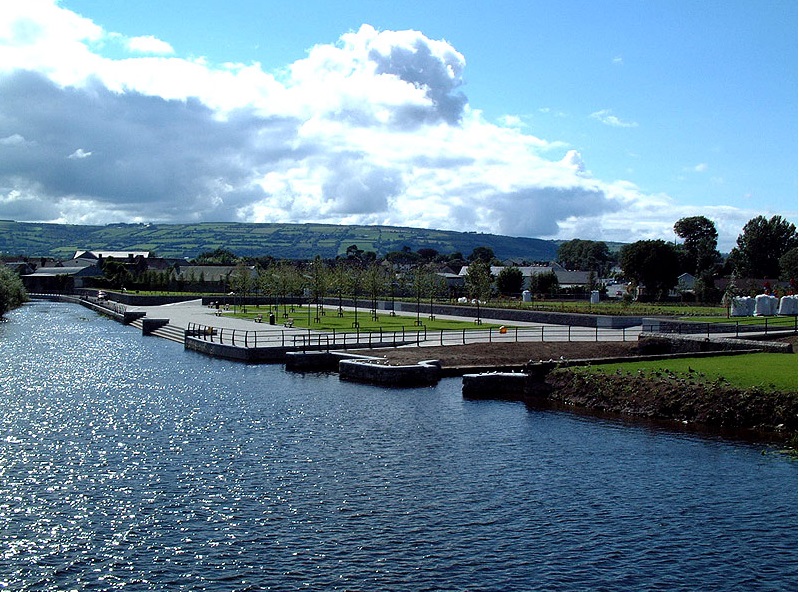 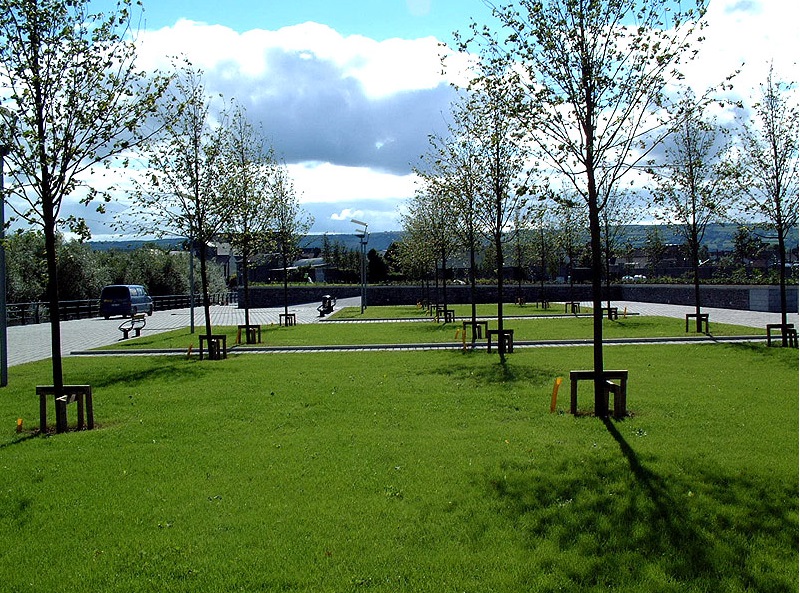 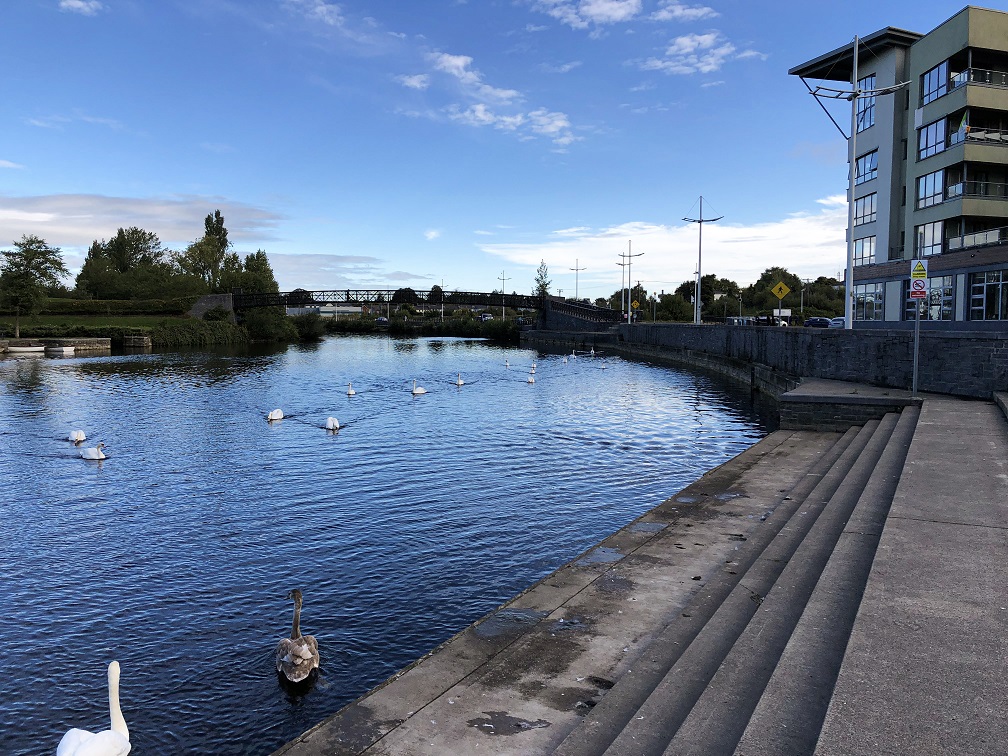 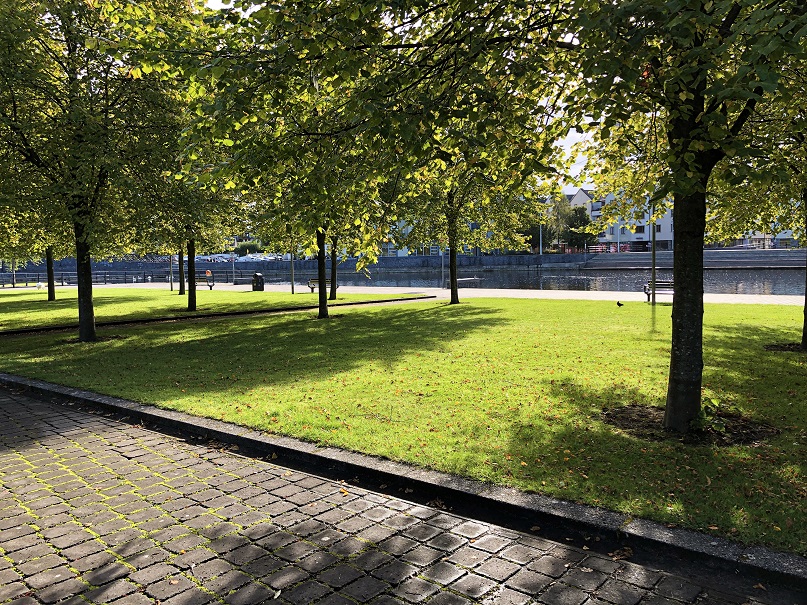 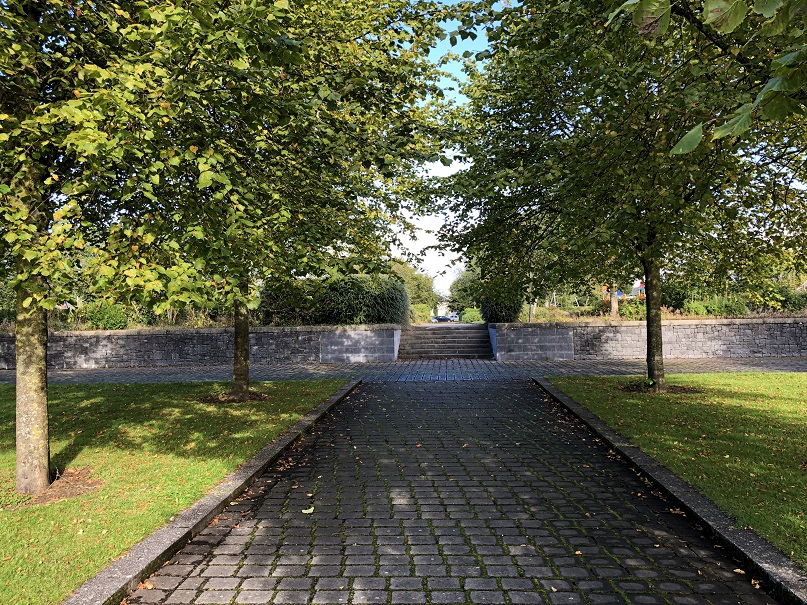 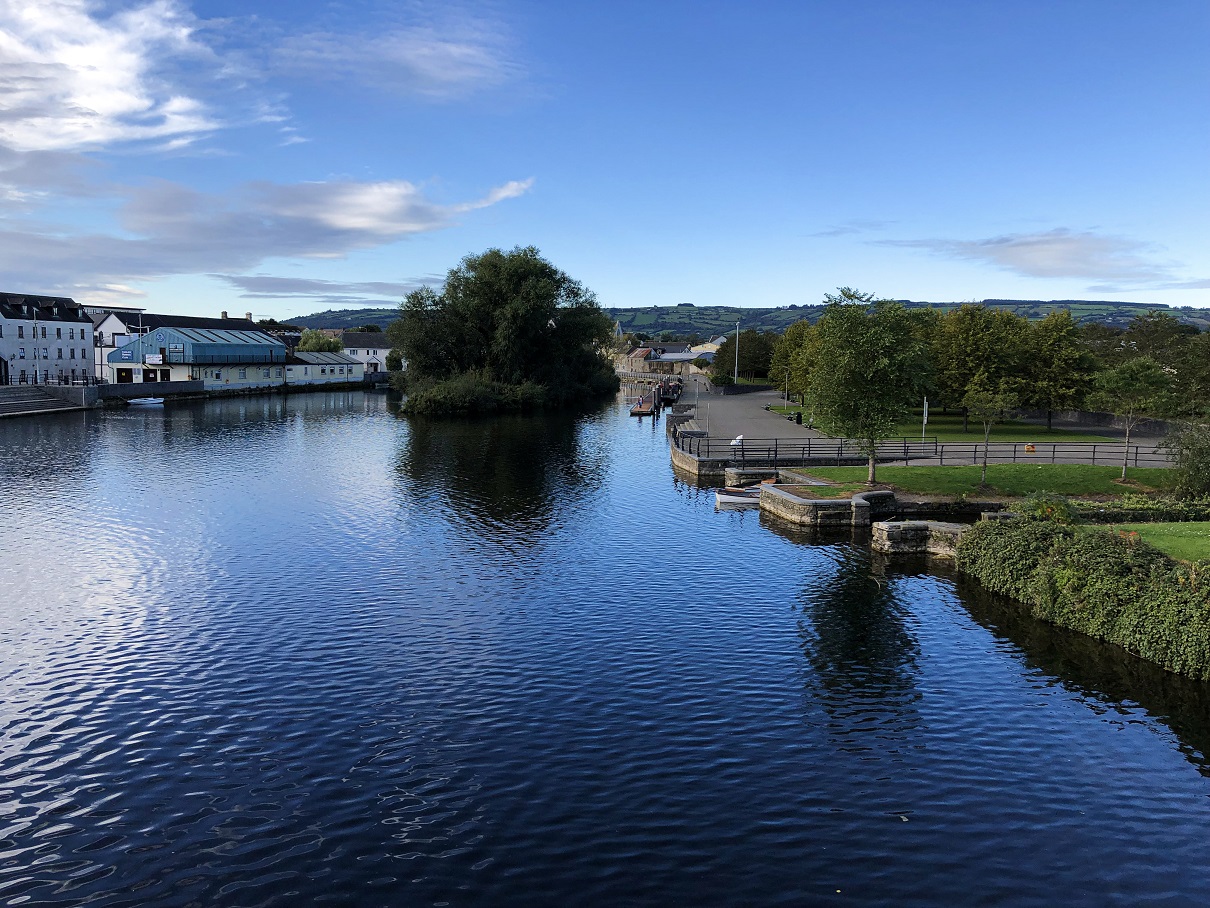 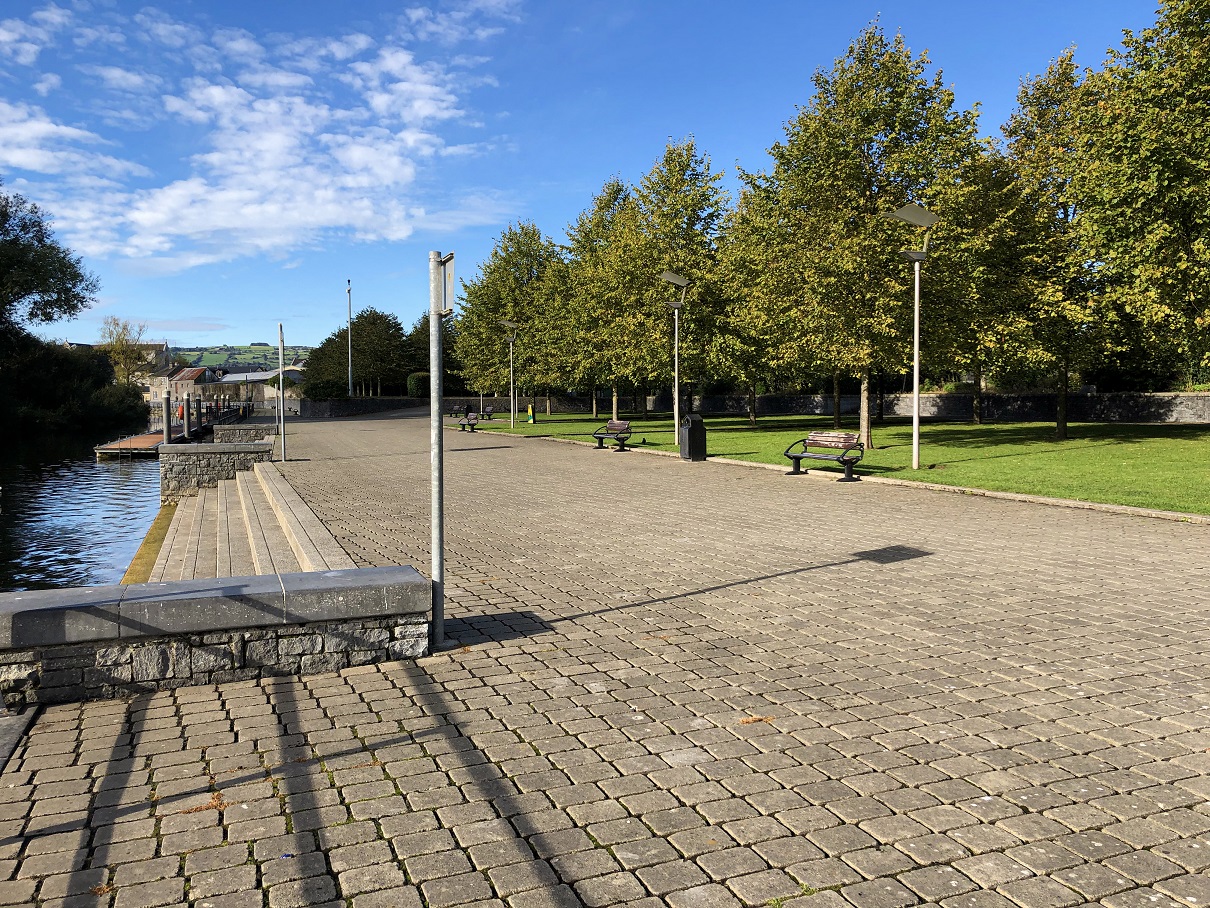