The Portlaoise Bypass is located along the existing N7 National Primary and commences at the Heath Interchange for a distance of approximately 14 kilometers heading west and south-west to connect to the Cork Road and the Limerick Road. The design was initiated in 1993, works commenced on site in Autumn 1996, work completed in 1998 and the subsequent maintenance has been on-going from that date.

The Masterplan concept for the route consists of two sections.

These two elements form the main components of the landscape design scheme where the engineering works are interfaced in a positive manner with the landscape treatment.

The main carriageways are treated with typical hedgerow vegetation consisting of Hawthorn, Ash, Mountain Ash, Hazel and Birch, with a more mature vegetation layer of Oak and Ash developing in the longer term as the climax species. Thus the motorway is related to the surrounding landscape by means of a transport corridor which is accentuated and complemented by the roadside vegetation.

The main design is designated in the interchanges which are defined as landmarks and points of interest along the motorway. These are distinguished by massive stands of Larch and Oak. Within the design concept the notion of rhythm and movement is explored at these interchanges and the spatial layout tends to utilise the visual dynamic created by a vehicle in motion. Accordingly the creation of a series of large vegetation masses can be read when passing at speed on the motorway. The overall effect of these plantings is to develop a series of well defined landmarks along the motorway corridor providing an indicator of time and place. 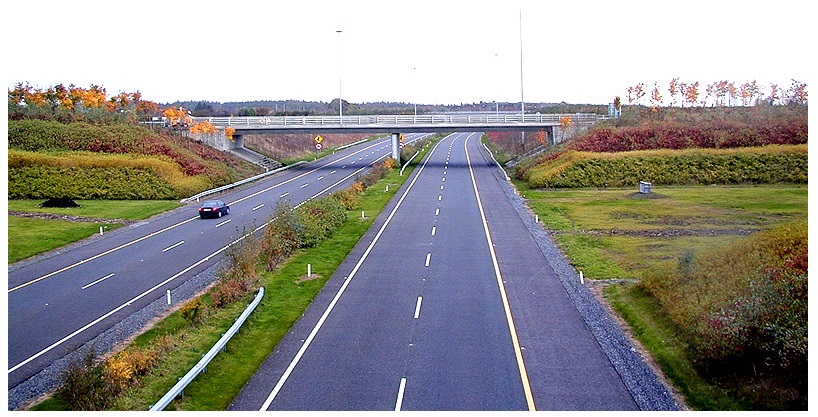 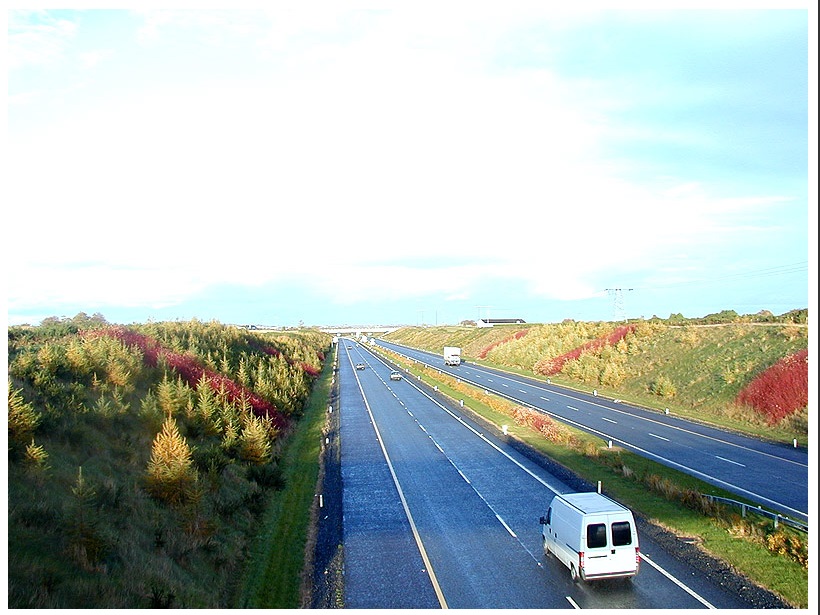 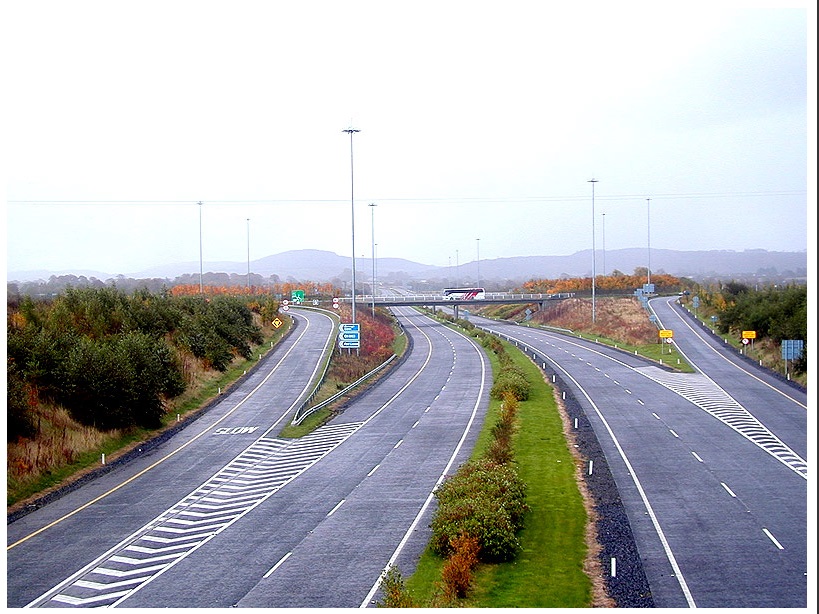 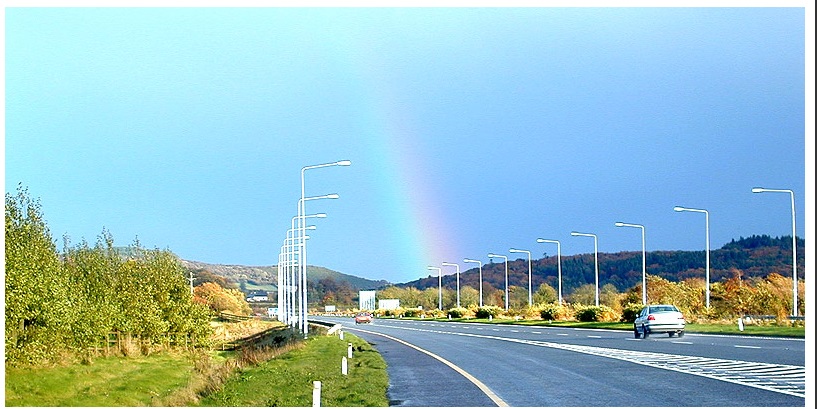